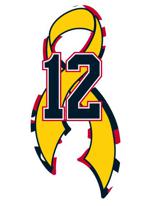 The Friends, Stories and Memories

We Play For Someone Else (#WP4SE)

Imagine being a parent who was just informed by doctors that your three-month old son was suffering from a form of cancer known as Acute Myelogenous Leukemia (AML).

Then, imagine just a few months prior to that child’s second birthday being told that he will not be alive long enough to blow out those candles atop the cake.

It’s unspeakable, unfathomable, and something a person simply cannot truly understand without going through a similar horror of their own.

But there can be bright sides.

That toddler can somehow gather the strength of a thousand lions and beat back every prediction, every episode, and do it all with an unknowing smile on his little face.

Brady Wein is, in short, a miracle. Brady is the little boy that wasn’t supposed to see his second birthday. But he did, and he has seen more and hopefully many, many, many more.

Now, little Brady looks just like any other kid out on a lacrosse field. Actually, he may look a little better than some of them, having developed an ability to shoot with both hands and sting corners with the best of them. Watch Brady on the field and you’d never know the battle he and his family wage daily for his very life. This is why "We Play" and why Brady's Bunch Lacrosse was created. We will play, educate, support and raise funds for Brady and children like Brady.

If you would like to make a in-kind donation, please email rwein@bradysbunchlacrosse.org and we will provide you with details on how to give.